The Importance of Energy Efficient Tech in a Global Shortage

The Importance of Energy Efficient Tech in a Global Shortage

Many continents are currently experiencing an energy supply shortage which has significantly affected the prices of fuels and minerals, with great ramifications for energy suppliers, businesses, and households alike. According to Ofgem, the record increase in global gas prices has seen the energy price cap rise by a staggering 54%. The surge has been driven by a record rise in global gas prices over the recent months, with wholesale prices quadrupling in the last year.

Pressure continues to mount on many energy firms, brought on by the rise in wholesale gas prices coupled with the energy price cap. Many haven’t been able to cope with the rise and gone into administration as a result, with over 26 UK energy suppliers closing as of January 18th as recorded by National World.

Asia is experiencing similar issues, with climate change a very real and present problem, many Asian countries are trying to move away from coal use. Coal prices in China are up 150% compared to the previous year, equivalent to a 60% hike in coal power generation costs, consumers will feel the pain of rising coal prices.

US prices have also soared to record highs, commodities are a heavily interconnected markets and oil is priced through a global market. So, what happens in one area of the world can affect another. 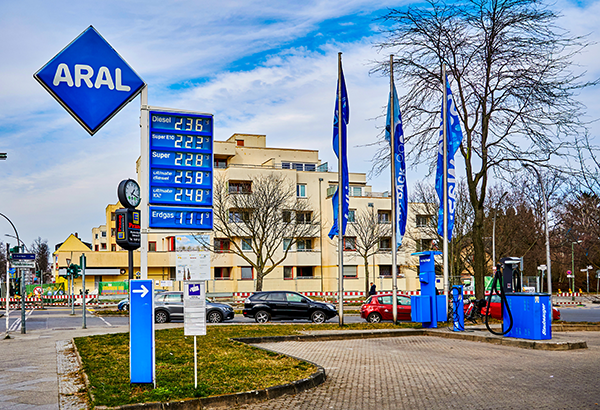 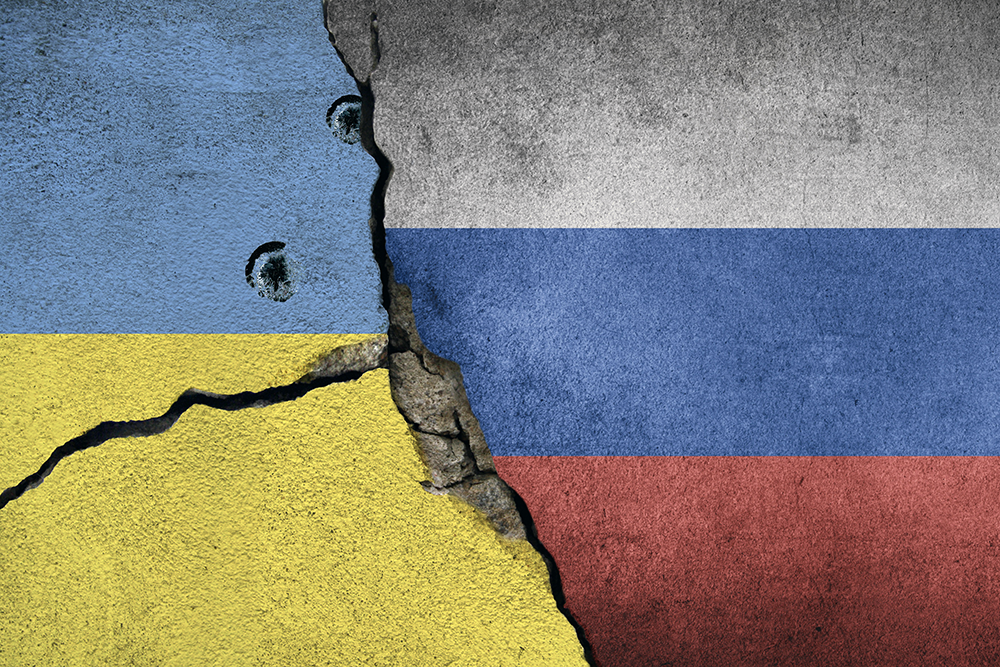 What has led to the energy shortage?

In Asia, it is largely the underinvestment in clean energy that has impacted the shortages. China for example, has implemented strict energy and environmental targets, curtailing domestic coal output, a major contributing factor in its current power crisis.

In Europe, power demand last year increased over the hotter months whilst wind energy generation was unusually low in much of Europe, coupled with reduced gas supplies coming from Russia, has developed a shortage of electricity generating fuels. Natural gas is the second greatest source of EU power generation, and the rise in gas prices has led to enormous increases in monthly electricity prices across the continent. The folding of supplier businesses in the UK and the European Union shows the reliance on Russian energy for meeting demand.

This reliance is extra concerning due to the recent Russian lead war in Ukraine. The war is not only catastrophic for the world and the people of Russia and Ukraine involved in the conflict, but also for energy supply and prices, compounding the existing energy shortage issues. Nations in Europe and across the world have rightly inflicted tough sanctions on Russia to assist Ukraine’s war effort. However, if Russia retaliates as expected, by cutting off gas supply to Europe, wholesale prices will leap, almost certainly leading to higher energy bills in the UK and Europe.

For the US, the crisis in Russia is the largest contributing factor. Even though most of Russia's oil goes to Europe and Asia (60% to Europe and 20% to China in 2021 according to CNN Business) the oil supply is a global problem- Russia is one of the world's largest oil suppliers and prices inevitably rise globally due to supply and demand. Oil and gas prices are tied to geopolitical events, the pandemic, drilling logistics and more.

The external factors affecting the cost of energy unfortunately cannot be changed. However, reducing energy consumption and choosing energy efficient technology can provide huge savings through lowering costs on a household and economy-wide level. That is as well as providing great benefits for the environment too, reducing greenhouse gas emission. Additionally, the less energy consumption required also reduces demand for energy imports. Renewable energy technologies also help accomplish these objectives, however, improving energy efficiency is the cheapest and fastest way to reduce the use of fossil fuels.

It can be assumed that energy efficient technology results in lower performance, but this couldn’t be further from the truth. Energy efficiency means using less energy to perform the same task, reducing the amount of energy waste whilst achieving exact same results. So, the performance will not be affected yet money and the environment will greatly benefit. Energy efficient systems do usually require a slightly larger initial fee; however, this would pay for itself through the reduced ongoing costs in energy. 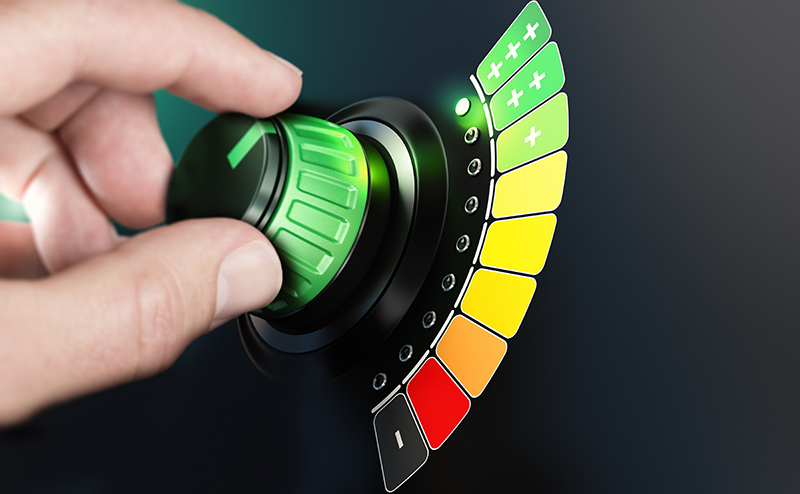 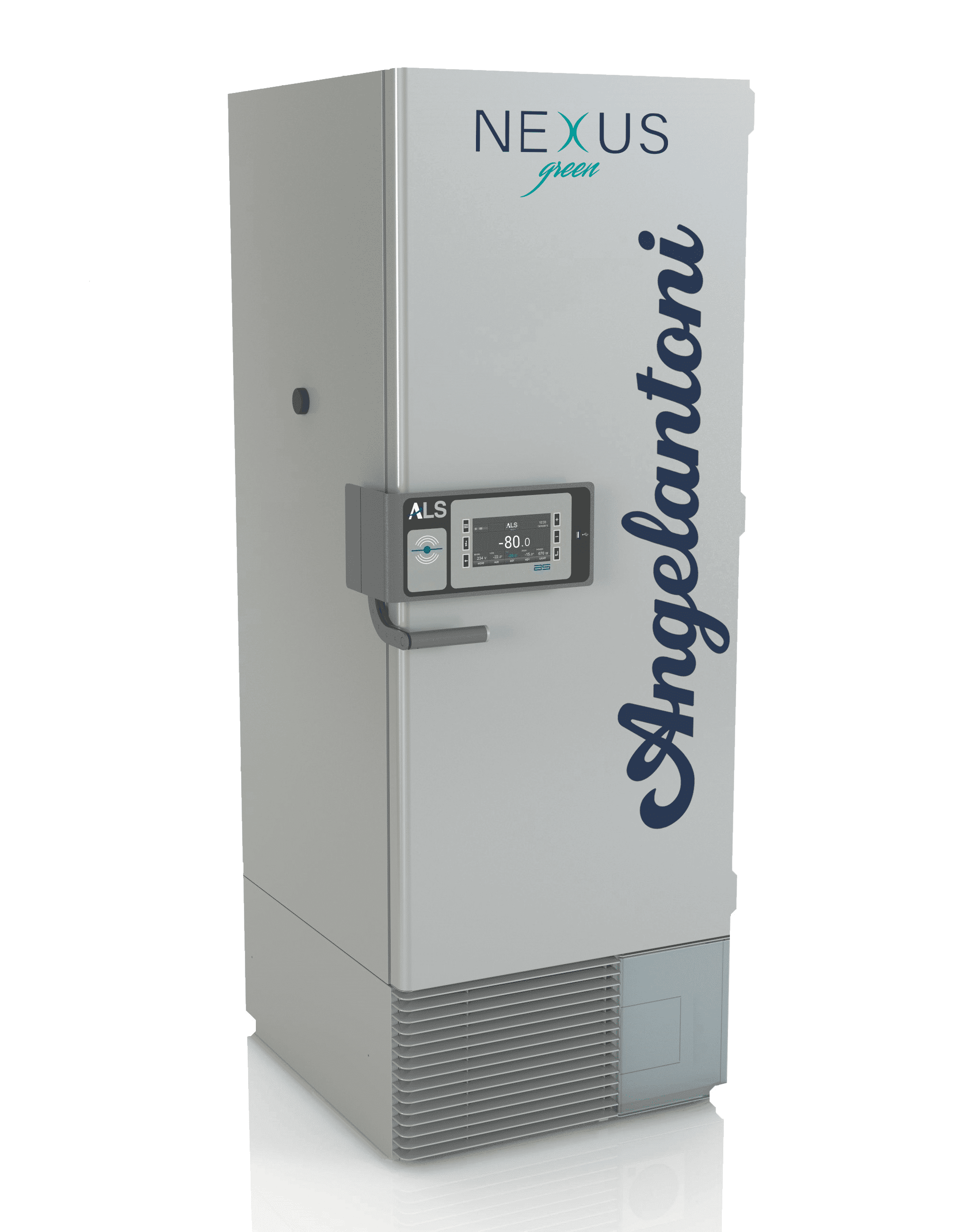 Withnell Sensors are constantly looking for ways to bring energy efficient products to our customers, some of the clearest examples of this are detailed below;

The Angelantoni Life Science ‘NEXUS green’ energy efficient ultra-low temperature freezers. These models use ‘Inverter technology’ which is extremely energy-efficient compared to traditional fixed speed systems, providing huge energy savings of up to 30%. This is because the inverter can control and adapt the operating speed in relation to the required temperature. To avoid continuous starting and stopping, the inverter technology keeps the compressor running constantly and modulates its output according to the programmed temperature. An inverter unit increases its revolutions to achieve the chosen temperature and reduces its revolutions once the temperature is reached, to keep it constant with a minimum expenditure of energy. Unlike a fixed speed system, which starts and stops repeatedly, the inverter system dynamically varies the revolutions of the compressor to obtain the desired temperatures, significantly reducing energy consumption. The NEXUS green models also use natural refrigerants that have very low GWP (Global Warming Potential). An added advantage of this technology for customers is also the huge reduction in noise output. The quieter inverter technology can be of great importance for customers who might be running many refrigeration units in one area.

SenseAnywhere loggers come with a unique to the market 10-year battery life. This allows them to save 30 times less electronic and chemical waste across the product lifespan compared with competitor loggers. Saving tons of chemical waste from affecting the environment in a time when the need to do so is stronger than ever. Additionally, if you look at the broader picture, the footprint is much larger. Not only the waste of the logger, but in servicing the products; transport of batteries, replacement of batteries, disposal of used batteries as well as the labour involved. 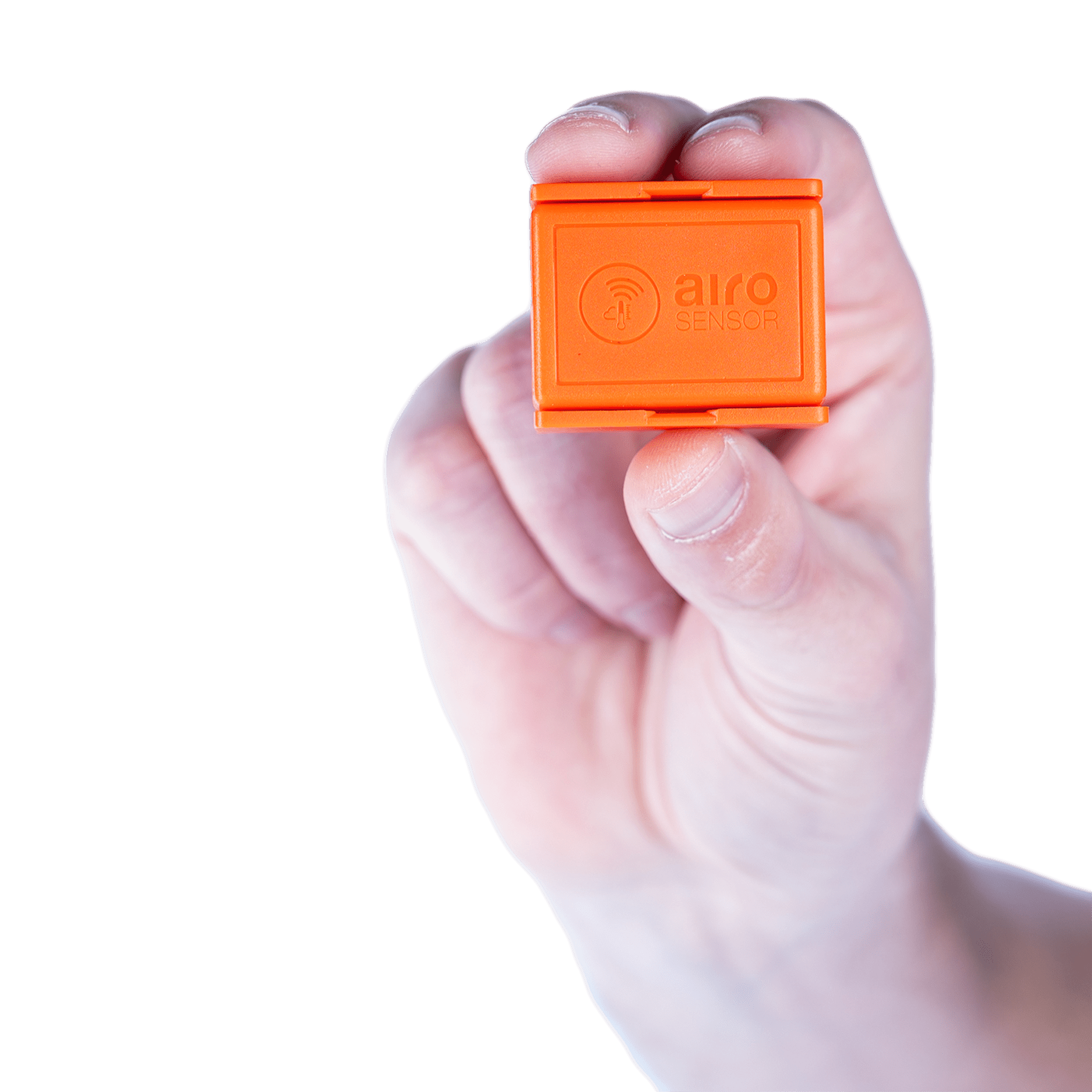 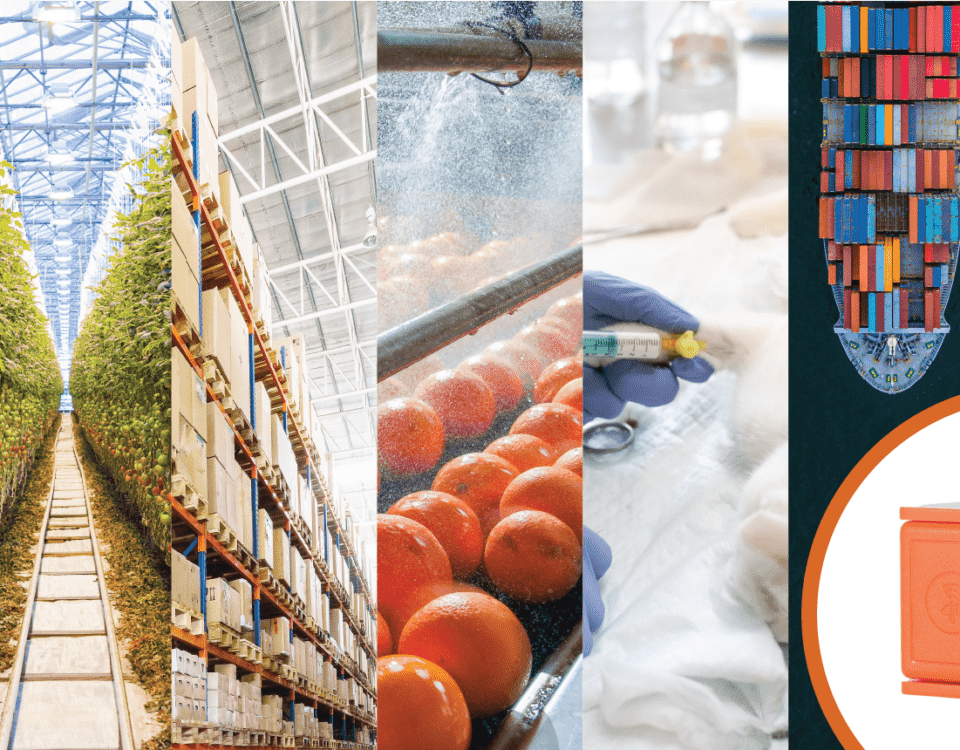 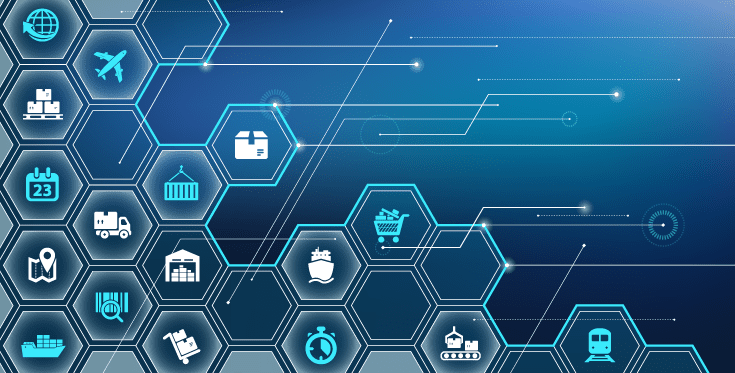 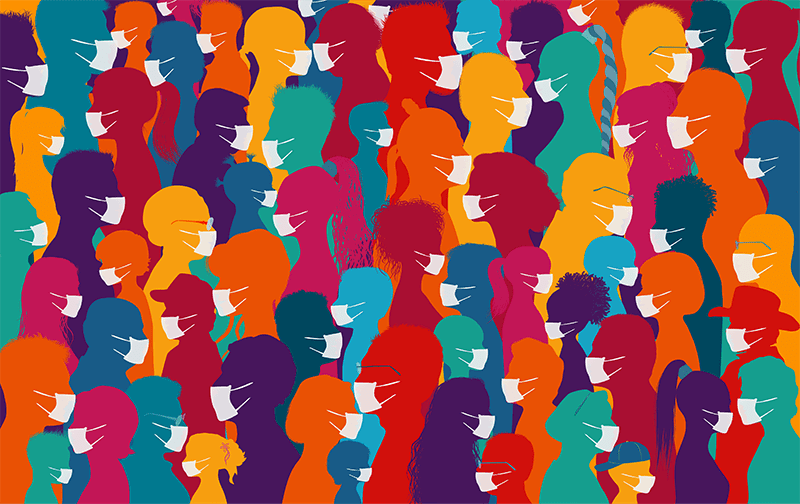